The CEO of Facebook; Mark Zuckerberg on a summit in San Francisco, California, on March 25, 2020, gave a speech stating that Facebook has embarked on developing Video meeting Features on Facebook Messenger and Facebook Live app. 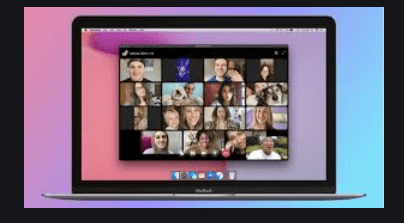 The app would enable up to 50 and above group video meetings. The Messenger Room is set to launch on Thursday in some countries and further expend to regions where Messenger is used.

Their lots of new features integrated into the Messenger room that makes it more efficient as to what Messenger and Facebook live video offered its users in time past. Such features include;

As the ravaging global pandemic called COVID-19 swept people back into their homes, a less known app name Zoom which happens to be the only video app that can accommodate a meeting of up to 1000 persons skyrocketed to be the most downloaded apps in google play store and apple store making it the number one must use the app of 2020.

Seeing the rising need for people, schools, organization and businesses holding a meeting with their students, staff, and team rise, Google launched a video meeting app which they integrated into their Gmail service called Google meet, and now Facebook wants to take its pile of the cake by launching a feature in Facebook live and Messenger that will compete with Zoom and Google meet.

According to Facebook, the video feature when integrated into Facebook live and Messenger, users will be able to join video call groups right from Messenger and Facebook live managed by room creator. Amazingly, Google wants to make this feature a standalone from Facebook, in that, room creators can create joinable video call rooms and invite participants without having to be on Facebook or don’t have a Facebook account.

How Many Participants can the Facebook Group Video Call-like Zoom Accommodate?

According to Facebook; if you are hosting or broadcasting with your friends for fun, a business meeting, hosting leadership conference or training, book club with friends, interviewing a panel of experts, teaching a fitness class, going live from a room lets you interact with audiences of any size,” this simply means that the New Facebook group Video call goes beyond 50 participants, it might go up accommodating 1000 participant.

The Facebook zoom-like video call room according to a statement by the CEO of Facebook Mark Zuckerberg, that launch will take place on Thursday in selected countries, and gradually progress to be made available for use in all other regions where Facebook Live and Messenger is currently available.

What Happens to Zoom Cloud after the Launch of Facebook Messenger Room?

Facebook announcement of the Messenger room really affected zoom in a way the Google Meet App didn’t, in that, Facebook Messenger and Facebook Live is used by a good number of people, and having the same feature Zoom offers in the same app they’ve been using really will make sense and a lot of Messenger and Facebook live users can’t wait to have the Zoom access on Facebook. This necessitated the fall of Zoom stock shares to 5% after the announcement of Facebook Messenger Room or Facebook Video calls room on Thursday. Sad News.

Is Facebook Messenger Room Video Call Free? Will the Join Video Call be Made free to Participants?

According to Facebook, the Messenger Rooms will be free and won’t have a time limit, as goes with Zoom with the free plan. The new Facebook feature also allows people to drop in and join other rooms, or come and go as they want, similar to the trending Houseparty app.

Facebook popular Messaging app; according to Facebook will also expand to accommodating eight video group participants on each call. And finally, reported that 700 million users are using video calls on Messenger and WhatsApp daily.

Companies like Google and Microsoft in a bid to compete with zoom added a few video features. Which also gave then a significant leap to the number of visitors or users they recorded. Microsoft recorded up to 75 million daily active users, according to the statistics released in April.

Amid that, Facebook Live broadcasts also increased in both popularity and usage with the CEO Mark Zuckerbergreporting on Thursday when he announced the Messenger room that lives broadcasts from Facebook Pages doubled from June of  2019 to June of 2020, which is massive progress.