It’s no secret, educational loans in most cases put students, as well as lenders, in a helpless position. Why is it so? Partly because there is no sure ground of employment for students after graduation and no collateral for the lender. As a result, in the end, they might not be repaid. 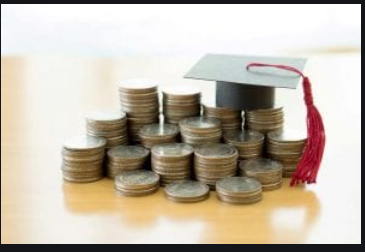 How will lenders cope? Anyways, all hope is not lost, a few years back, when the federal government started student loans programs, student loans were treated like any other kind of debt that could be discharged in bankruptcy.

However, in 1978, Congress began to withdraw such bankruptcy protection. Though there is an exception to this. In a case where the repayment of the loan would subject the borrower to undue hardship the student might end up not paying the loan. But that’s if the student can prove the undue hardship in court.

Let’s even start with the basics. How did student loans come about? Of a truth, the “How” is not too far from economic challenges. In detail, post-secondary and college including university educational institutions have come to rely on a federally financed student loan program for economic wellbeing.

In that vein, as the cost for education rose, personal funding decreased. As a result, currently, institutions rely on student loans to keep up with fresh enrollment levels and programs. As it stands, the funding for higher education is highly dependent on student loans and it’s growing rapidly.

According to stats, in the fiscal year 2002, about 5.8 million Americans borrowed $38 billion (USD) in federal student loans. This is more than three times the $11.7 billion borrowed in 1990. That’s just for a start.

Let’s take a look at more recent statistics – among the Class of 2019, 69% of college students took out student loans. These students graduated with an average debt of $29,900, including both private and federal debt.

Meanwhile, 14% of their parents took out an average of $37,200 in federal parent PLUS loans. That’s to say, that parents also use student loans as a means of lowering economic hardship.

That said, shockingly, Americans owe over $1.64 trillion in student loan debt, spread out among about 45 million borrowers. That’s about $587 billion more than the total U.S. credit card debt.

Of a truth, tuition has been on the increase at roughly double the rate of inflation in recent years.

Thus, the increase in tuition first. Secondly, added with the fact that real income has been on stagnation for men and minimal increase for women over the past decades. All of these simply mean that more and more students are going to turn to borrowed money to finance their degrees.

According to the American dream, it’s expected that anyone should have the opportunity to get an education regardless of their ability to pay the cost. But since everyone doesn’t have equal opportunity, how will such dream be achieved?

It’s simple. To make that dream come true. The Federal Student loan program started as a small allocation from the U.S Department of Education. Their job is pretty simple – to guarantee private loans in cases where someone wants to attend college but lack the means to pay and the credit to finance tuition.

Critically, is the U.S federal government loan program helpful? I think it was and still is. Infant many students with degrees today and millions still in school is as a result of this singular move by the federal government.

Today, the Federal Student loan program accounts for more than half of the revenue produced in many higher educational institutions. In a real sense, it made student loan a staple of American education.

Furthermore, in public universities, 62% of students graduated with some kind of student debt. That’s not all, that number was 72% at private universities. More so, at the increasingly popular for-profit universities where tuition rates are among the highest in the nation, it was a whopping 96%.

In all, here is where the problem lies, with the rise in federal funding and student loan guarantees, default rates grew. That kind of force many to seek the protection of bankruptcy to avoid mounting debts.

As it turns out, the winning state for the most student debt in Arizona. But there still exists the home to the largest for-profit educational institution – the University of Phoenix.

Can I File for Student Loan Bankruptcy?

Let’s get down to why most of you are on this page right now. So, if you ask me, I would say, you want to file for student bankruptcy and you are looking for the best advice online.

Search no more, Google brought you to the right page. First, I will start with what you need to know. That’s most debts are dischargeable in bankruptcy without any inquiry into the debtor’s ability to affect repayment.

In detail, during the first seven years in which a student loan is in repayment, it is non-dischargeable. But there is an exit window – in cases where continued liability will cause the debtor to experience undue hardship.

But we got a problem, here is the unsure deal, why filing for bankruptcy sometimes appears to be a trial and error. The undue hardship was not defined by Congress and the courts have wrestled with its meaning for years even to date.

However, there is still hope for a student who wants to file for bankruptcy. The student can pull on the Student loan bankruptcy code, part of Chapter 7 or Chapter 13 bankruptcy filing. Including adversary complaints.

What is Considered Undue Hardship for Student Loans

As earlier stated, the term “Undue Hardship” is not defined, so courts make use of the Brunner test as a check to see if a borrower will or is experiencing undue hardship at the cause of repaying a student loan.

That said, According to the United States Department of Education – Congress has never defined the term “undue hardship” in the Bankruptcy Code and has not delegated to the Department the authority to do so.

Federal courts have established the legal standard for a student loan debtor to prove “undue hardship” as authorized by Congress.

Under the Brunner test, the debtor must show that:

But there is more to that, under the Totality of the Circumstances test, the court examines:

In all, regardless of which test is used, the burden of proof is on the debtor to meet the standard and prove undue hardship.

What You Should Know Before filling for Student Loan Bankruptcy

Let’s face it, lots of sites out there might have filled your head with good stories on how filing for student loan bankruptcy is easy. But more so how easy for your debt to be forgiven.

In as much as that’s true, filing for student loan bankruptcy is not as easy as it appears in theory.

More so, it’s costs money and in some cases, you are not even recommended to file for student loan bankruptcy.

The reason is that some student loan bankruptcy cases end up as a waste of time, effort, and money. In this case, you hired a bankruptcy lawyer or an Attorney for legal assistance.

Although, proof shows that it’s a lot easier to discharge private student loans than the federal government student loans. So, to be on the safer side;

How to File for Student Loan Bankruptcy

I will help you with all there is to file for student loan bankruptcy, but that’s if you have concluded to file for bankruptcy. Because most times it’s not easy-going, and in some cases, your debt might be discharged. Here is a couple of things to do;

Make provision for the cost of Filing for bankruptcy

– To start with, filing for bankruptcy can cost a lot, in most cases thousands of dollars. These costs cover court filing fees, though in some cases the court might waive the fees.

Get a Good and Experienced Bankruptcy lawyer –

A bankruptcy lawyer with a track record of getting student loan debt discharged can be of good help. Because I have seen some cases where the court can’t find the debtor or borrowed in a very undue situation thus, won’t grant debt discharge. It’s at that point that a pro-bono lawyer is needed. But it’s not without cost.

To help you further, you can use the Legal Services Corp. website to find a lawyer. More so, you as well visit Massachusetts Bar Association, it provides free legal assistance through its Student Loan Bankruptcy Assistance Project for those living in the state.

For further help, you can reach your local county clerk via the links provided at the end of this page. Without much ado, you can quickly scroll down and tap on the state for legal assistance.

Chapter 7 is known as the “liquidation bankruptcy’’ because it discharges most of your unsecured debt. That includes student loans but in cases where the borrower proves the possibility of undue hardship.

Chapter 7 bankruptcy is the quickest, simplest, and most common type of bankruptcy. According to the American Bankruptcy Institute (ABI), 63% of the 774,940 bankruptcy cases filed in 2019, were Chapter 7.

An even more encouraging bankruptcy statistic: 94.3% of Chapter 7 filings had their debts discharged, meaning forgiven.

ALSO READ:  How to Find and Use Your Capital One Login

Although, you must pass a “means test’’ to qualify for Chapter 7 filing. The means test examines financial records, including income, expenses, secured and unsecured debt to determine if your disposable income is below the median income (50% lower, 50% higher) for your state.

The means test income level varies from state to state. You might be forced to sell any non-exempt assets, though several online sites claim that 96% of Chapter 7 filings are “no asset” cases, meaning there is not enough equity or value in the property for a trustee to sell it and pay off creditors.

– if in the end, filing for chapter 7 couldn’t discharge your debt, you can proceed to file for chapter 13 bankruptcy. Thus, chapter 13 is not discharged your debt but to find a viable means of payment. Further, sometimes chapter 13 might help in lowering the interest rate, extending repayment time, or even changing the total payment.

File for an Adversary proceeding

In a nutshell, an adversary proceeding is “a proceeding to determine if a debt can be discharged. To say it in a clearer way, it’s a lawsuit within a bankruptcy case.

But you have paperwork to do. This means that you have to submit adversary proceeding paperwork for your student loan debt. Furthermore, you will include your complaint.

In detail, the complaint houses the administrative info of your case such as your bankruptcy case number along with the facts about why you are seeking to discharge your student loans in bankruptcy. Finally, the circumstances of your undue hardship.

Helpfully, to start with an adversary proceeding, you can click on the following URL http://www.uscourts.gov/sites/default/files/pending_directors_forms.pdf fill the form.

How to Ease Student Loan Payments

If in the end, you couldn’t prove undue hardship. Thus, your debt wasn’t discharged, you can seek viable repayment options or means to pay your student loan.