It’s worrisome for nontech savvy why OS like Android keeps rolling out different versions yearly, making it almost impossible to keep up with the need to stay up-to-date with the current OS version release. Generally, people on the internet are looking for what’s the latest version of Android OS in 2020 and how they can download or upgrade to the latest version. 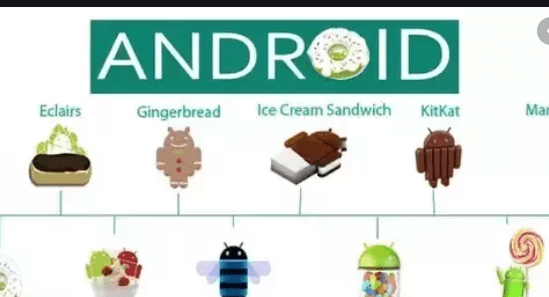 Sadly, Android releases a new version of their OS once every year with occasional point updates like version “.1, .2”. in the case of Android version 8, they released 8.1, 8.2, and other security patches updates that happen from time to time.

In the meantime, The Latest Version of Android is 10.0released on September 3, 2019, on Google’s Pixel devices.

The previous version of Android OS, version 10 was announced in the last Google IO in May 2019, as the yearly version release routine, Google’s plans for Version 11 and announcement all to be in May 2020 before releasing the OS for Pixel phones.

It’s obviously clear that Google IO 2020 it’s didn’t hold because of the global effect of COVID-19; Coronavirus Spread. Though there was a plan for a replacement online event scheduled to hold on June 3, 2020but was later canceled by Google. In the end, the Android team simply decided to release the beta on June 10, 2020, the news was conveyed through a blog post and a series of developer-focused videos that recently went viral on the internet.

According to Google, subsequent betas version of android 11.0 will be released in July 2020 and then August 2020 followed by the finished release somewhere in September, 2020.

After that, different smartphone brands will have their devices eligible for the finished Android 11 update slowly over time. The OnePlus 7T and 7T Pro were the first non-Google smartphones that came with Android version 10 in the box, but it could be a different company for Android 11 though not yet revealed by google. But a hint of what device compatible with the version 11 update didn’t go hidden.

Not all phones will pass the compatibility test to upgrade to Android version 11 beta release, but a handful of smartphones by Google are the first-hand smartphone that will have the beta 11 version installed.

If you are among the first set of individuals to use Android OS, it wouldn’t be surprising to hear of Android version 1.5, the first Android OS version that was tested on the Android hardware component, when the Android OS was yet to gain acceptance and popularity.

Over the years, the Android OS development company kept improving and updating to incorporate features that would make user-experience and more expansion to features that makes daily task and activity digitally integrated into the OS available for users. So below is a rundown of the Android version update since the inception of the Android Operating System now owned by Google.

After the acquisition of the Android OS from Android Inc. a software company in Silicon Valley. Google announced the impending rollout of its first commercially available Android-powered device in 2007, although that product actually hit the marketplace in 2008.

Since then, software and application developers have been able to use Android technology to develop mobile apps, which are sold through app stores, such as Google Play. And because it is developed as a Google product, Android users are given the opportunity to link their mobile devices to other Google products, such as cloud storage, email platforms, and video services.

I will give you the OS Updates history starting from the latest or current version of Android down to the first released Android version. Though I early told you that each latest update is released yearly, at first it wasn’t so, it was after the release of the Ice Cream SandwichAndroid version Update in October 18, 2011, that Google decided to embark on a yearly update of their OS.

The Latest Version of Android is 10.0

Android 10 marked a shift for Google. You might notice that there’s no sugary name for this version of Android. That’s no mistake — along with the rollout of the latest version of Android, Google also announced a rebranding of the operating system, doing away with the naming scheme and instead of sticking with version numbers only. Google also announced a new logo for Android and a new color scheme.

When it comes to actual features, Android 10 marked the end of the Android navigation buttons. While Android 9 kept the back button, Android 10 now uses gestures instead. Android 10 also brought a system-wide dark mode, which makes things a little easier on the eyes and could save battery too. Other notable changes include the fact that the theming of Android is a little more customizable.

How to Check Which Version of Android OS Installed On your Device – How Do I Find My Current Android version?

To find which version of Android your smartphone runs on is so easy and so simple to check. The following instructions will show you how to find your current android version.

GO to Settings and scroll down you’ll get About phone, click on it, again you’ll get some options like Hardware type, Firmware, Kernel version, and OS version.

Look down on your mobile OS version shows like a KitKat 4.2.2 or Ginger bred 2.2.2 or ICS ( ice cream and sandwich) and Jelly bean, or the latest Android 10.

How to Update to the Latest Version of Android OS

A couple of Android empowered OS does their update automatically, smartphones like LG, Samsung, Hawaii, except for Google itself;  Pixel and Nexus devices. However, you can also choose to update your OS version manually by accessing the manual update through your device settings.

Go to Settings > About Device > System Updates (or similar). Though the update option may be in a different place depending on your phone

Tapping this option will check for an update on the device, but there’s a good chance it won’t find anything. As soon as an update is available for your phone, it generally notifies you of that fact and prompts you to download and install it right then. That’s why you need not worry yourself about updating your phone to the current version of Android, except in the event that you want to use custom Rom which we don’t advise users to go for.

If you search for an app via Mobile Phone, Google Play Store excludes the incompatible suggestions from Search results i.e. the apps that do not support the current Android Version you’re searching on, are not displayed on your screen at all.

On the desktop, there’s an ‘Additional Information’ tag under the Reviews for each app and, lists the Android Version Required.

The android version 10 came with good user-experience as well as best graphics and high performance for running Apps and Android games. We have decided to list a few games that you would find thrilling playing with Android Version 10.