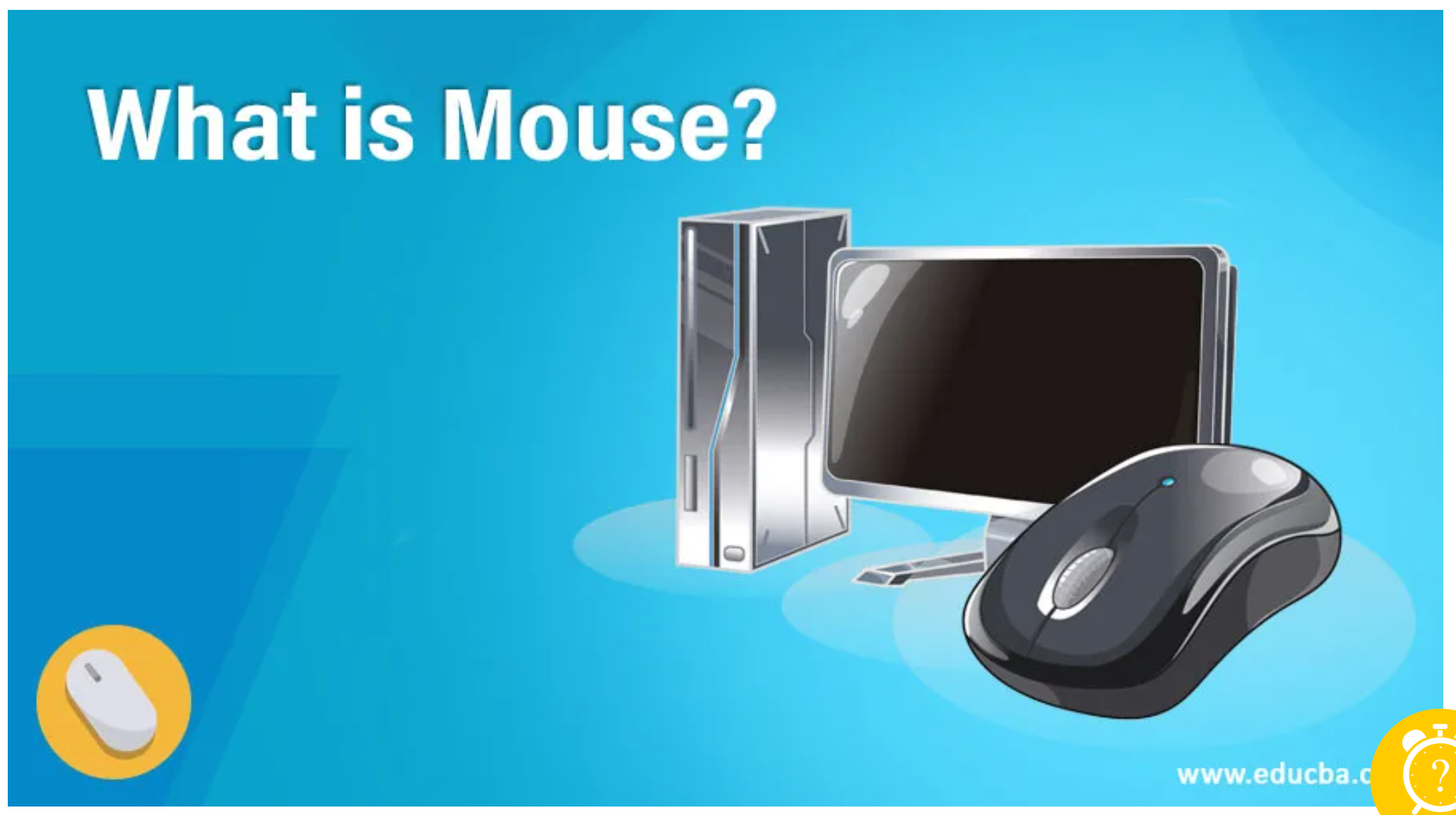 What is a Computer Mouse?

A mouse is designed as a pointing input device of a computer. It is a hardware device of a computer that helps the user in controlling the cursor which is visible on the computer screen while moving the mouse on a flat surface place. The mouse came about its name by the way the shape looked like a mouse with its elliptical-shaped mouse tail. With the mouse, the need to use a keyboard will be reduced. The traditional mouse is connected to a computer via cable or cord. However currently, there are various mouse options that are available in the market. One such mouse is the wireless mouse, which does not need any physical wire to make a connection with the computer.

If you are interested in knowing who invented the computer mouse, let’s get right onto it.

The computer mouse was invented by Douglas Engelbart. This miracle invented the machine was used in the Xerox Alto computer system in 1973. Douglas Engelbart was a successful person when it comes to moving the cursor on the computer screen. The mouse was made out of wood in a rectangle size and had one button embedded on the upper left corner side.

The mouse was initially known as the X-Y Position Indicator for a Display System. However, due to Alto’s lack of success, the first widely used application of the mouse was with the Apple Lisa computer. Currently, this pointing device is on virtually every computer.

Currently, in the market, there are various kinds of computer mouse available. Every mouse comes with its own functionality which enables users to choose one that best fits their needs. They are:

Now that we have seen the different sets of mouse, let’s get on with the parts and functionality.

Parts & Functions of a Computer Mouse

Mice come in a variety of shapes and sizes, however, their basic parts and functions are similar. Each mouse comes with at least one button for user input, a connection to the computer, and a way to track motion.

Let’s start with the buttons. The button on a mouse makes up part or all of the top surface of the mouse. When you press the button, it prompts your computer to carry out an action at the cursor’s location on the screen. Some come with one button while others have two. A two-button mouse enables you to input different messages into your computer. However, this depends on whether you click the right button or the left button. Your computer will interpret these different clicks depending on the configuration of your mouse driver.

A computer must receive data about the motion and location of your mouse. Now the two most common components for picking up this data are the trackball and the optical sensor. The trackball is a small ball that is inside a cavity underneath the mouse. When the trackball rolls across a surface, internal gears encode data about the mouse’s position. Optical mice on the other hand use an optical sensor in tracking the mouse’s movement across a surface. This makes it less susceptible to errors caused by the intake of dirt and debris. However, understand that the optical sensor may perform differently based on the reflective properties of the mouse surface. The third and less common motion sensor is the internal gyroscope. It eliminates the need for any sort of contact between the mouse and a surface.

The scroll wheel is another part of the computer mouse. Most mice come with at least one wheel which is used in scrolling data to the computer. A standard mouse driver interprets scrolling data according to the current window in your GUI. On most mice, the scroll wheel also doubles as a third button. In most cases, pressing the scroll button toggles a scroll mode on or off. This mode enables you to scroll by moving the entire mouse in place of rolling the wheel.

After all that has been said, you may be wondering how the mouse has increased computer usability?

How has the Mouse Increased Computer Usability?

When you are using a computer mouse, you don’t have to memorize commands. Commands like those utilized in a text-based command-line environment like MS-DOS. For instance, where you would need to know about the cd command and dir command and type the commands on the keyboard to open a directory (folder) and view its files in MS-DOS. On Windows, a user only has to double-click to open a folder and see its contents. As such, the computer mouse has greatly increased computer usability.