In this article is a list of televisions that are made in America. This list covers companies that produce some of the best 720p, 1080p HD and 4K Ultra HD LED Smart tv’s as well as outdoor & vanity tv’s and lots more. 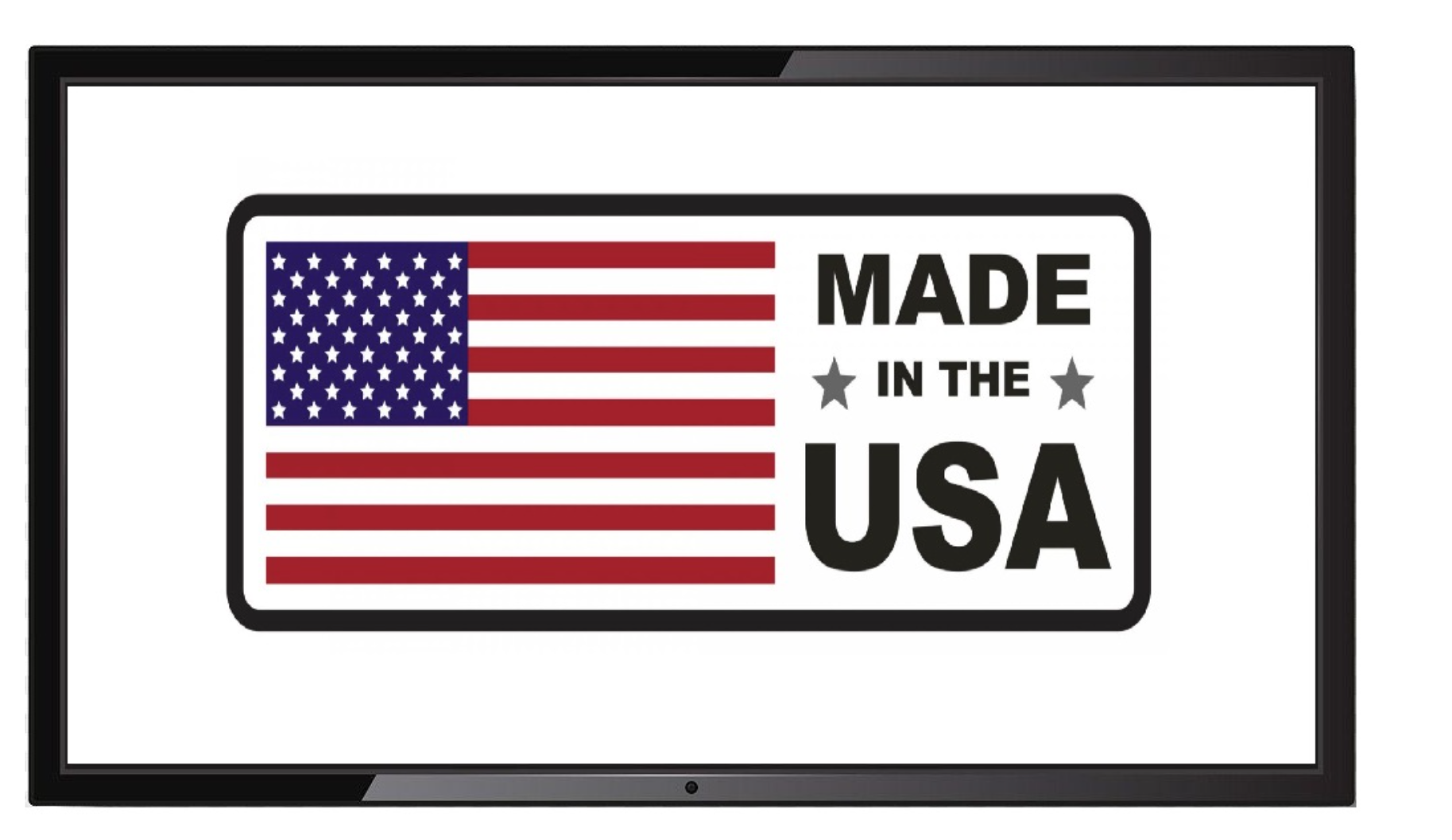 Even though some of these companies do not produce any of their tv’s from parts 100%  sourced here in the United States, they still do assemble them in the US, using both domestic and globally sourced components.

Let’s get down to business and see the differences made in America TV’s.

Seura is a family-owned company which is operated in Green Bay. It’s products are designed and manufactured in their own facility. Seura stands as an award-winning manufacturer offering a full and constantly evolving portfolio of mirror and TV solutions with applications in every indoor and outdoor space. Offering customers domestic manufacturing combined with refined processes, help them deliver the needed level of quality you expect with the superior customer service that you would love.

Seura produces fully waterproof vanity mirror tv’s for the bathroom or kitchen, and also produces indoor and ultra-bright outdoor televisions in sizes from 19” up to 86”.

Standing as a leading reshoring movement, Element Electronics, applies American ingenuity to electronics. It includes a line of new LED televisions assembled in Winnsboro, South Carolina. Element builds televisions that match up against the best. This manufacturer engages American workers who can go toe-to-toe with any in the world.

ALSO READ:  Things To Do Near Me

Olevia is a U.S.-based company that manufacturers LCD and LED tvs. Their LCD TV product comes in 32 and 42-inch display screens. Each model consists of an Energy Star rating. The 42-inch model is designed with a full 1,080 display. The LED series starts from 22 to 42-inches in size. Additionally, you can purchase a 32-inch model with a built-in DVD player. Each LED model comes with Dolby Digital sound and a 1,080 display.

Even though Toshiba is a Japan-based company, the TV manufacturer assembles some television models in the United. States. Examples of these products are SuperTube TV and Flat Tube HDTV which carry a Made-in-the-USA tag. Also, some models of plasma TVs are made in the USA.

The Sharp Electronics Corporation is based in New Jersey. It is a division of the original Sharp company located in Japan. This company manufactures and sells LCD and LED televisions of up to 80 inches in size. Additionally, the company makes television accessories like Blu-ray players and DVD players.

Vizio is based in California. The company manufactures LCD and LED HDTV’s and TV accessories as well as other electronics like tablet PCs. Both the LCD and LED TV’s range in sizes of 16 to more than 50 inches. Vizio is also a manufacturer of LED TV with 3D capabilities.

So if you are looking for a made in America TV, you now the companies you can direct your search towards.

A great SEO writer with a leading publishing firm online.

View all posts by Damilare →